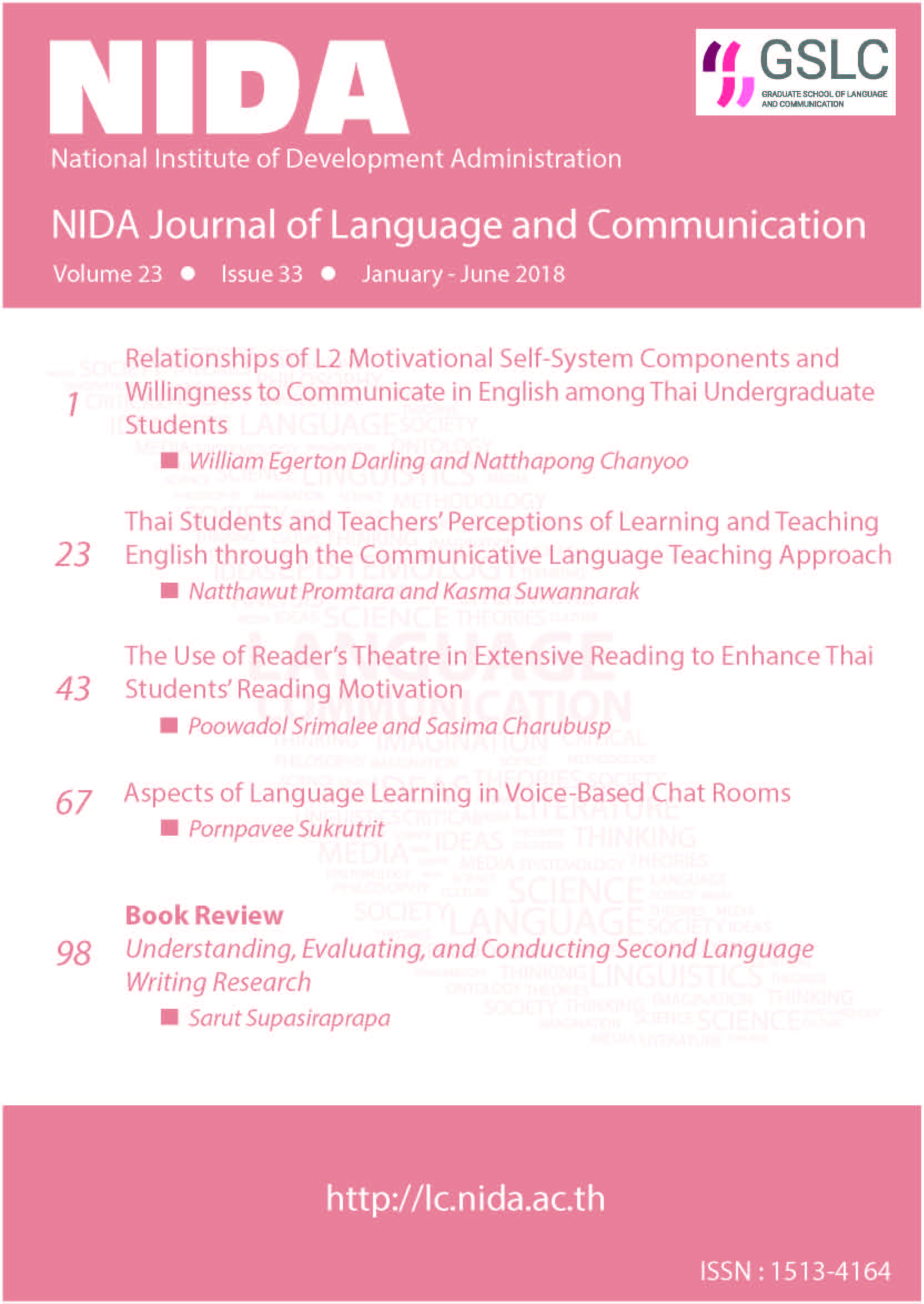 This paper investigates Dörnyei’s (2005) L2 motivational self system (L2MSS) of Thai university EFL students and how it affects their L2 willingness to communicate (L2WTC), with the purpose of developing an understanding of how these students can be motivated to improve their English communication skills. A 37-item questionnaire was administered to 330 Thai EFL students from an unnamed public university, five of whom then voluntarily took part in a series of semi-structured interviews. Mean, SD, and Pearson’s Correlation Coefficients were computed to identify relationships of the L2MSS components and L2WTC, while the interview data were used to support those findings. The findings revealed that the ideal L2 self was the strongest of the L2MSS components, followed by L2 learning experience and the ought-to L2 self. Positive correlation between L2MSS to L2WTC showed that students who had spent time living or working in an English-speaking environment more actively engaged in the situation that required communication in L2. The study suggested adding a fourth element to L2MSS, “Past L2 experience,” which will allow students’ L2MSS to better explain their L2WTC.