This research article aimed to study life-style transformation of the Tai-Lao Ethnic, which settled down in the Central Region of Thailand for more than 2 centuries. From the comparative study of the house plan which can reflected their living both in physical and abstract conditions, together with the study of the original house plan which might be influenced to the present plan. Using the comparative study of 4 Tai-Lao Ethnic group, Phuan, Lao-Vieng, Lao-Krang and Lao-Ngeaw which originated from Xiang-Khuang, Vientien and Luang Prabang in the Lao PDR. And Lao-Song (Black Tai) which originated from Dien-Bien and Sonla in Vietnam. Various of house plan reading and analysing, it was found that, every group have the similar planning arrangement which emphasized the big central common space surrounded with sacred space, sleeping place and kitchen situated on the edge. The sacred space is strictly remained in Lao-Song (Black Tai) and Phuan but also still ordinary remained in others. No original style planning existed in Lao-Song (Black-Tai) and Phuan. The original Vientien house plan clearly influenced on Lao-Viengand Lao-Ngeaw and slightly influenced on Lao-Krang. The image of Thai traditional style house plan overshadowed Lao-Song and Phuan houses but reserved from the enclosure of rooms around the terrace open space to be rooms enclosed the central covered hall under the appearance of the Thai style double roofs. This can be seen very clear that the cultural baggage from the origin transferred to minor cultural in Thai community with the harmonized and warmly relationship. 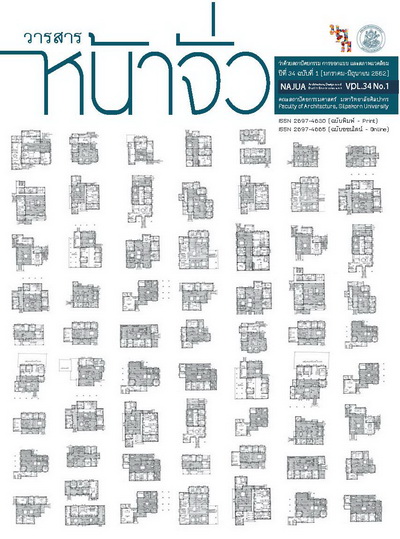 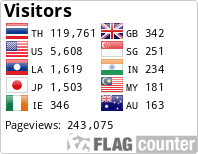