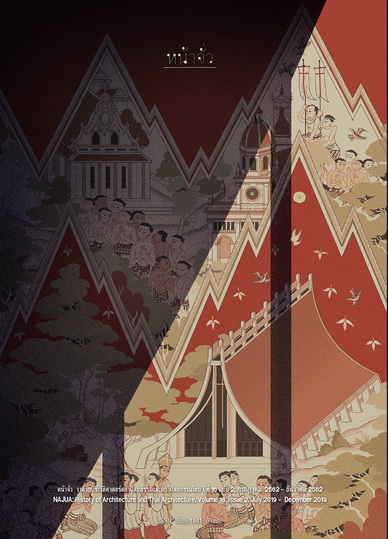 Sunyata (Emptiness) Vihara project aims to create new Thai architecture by using Buddhist philosophy as a concept, intended primarily to be perceived and experienced. The study was conducted through reviewing, understanding and analyzing various visions of Sunyata as well as the perceptions of emptiness, following which, the design process was carried out.  The study found that the concepts of emptiness can be interpreted and designed by using enclosed space in order to cut off the senses of awareness and make concentration. Moreover, Thai traditional patterns and ornaments are intentionally simplified.  Austere elements such as plain colours and materials are adopted to decrease mental formations through visual perceptions, allowing access to emptiness. Finally, the thesis proposes that the fast ways to introduce peoples into the emptiness can be conducted through architectural spaces that form a sense of awareness from Being to Non-being.