This article studies the images of Sat-chan and other female characters appearing in the Villon`s wife by Dazai Osamu. It is found that Sat-chan, Aki-chan, and Madam—the owner of the bar—all have financial power, and they are always supportive of Otani, the male protagonist. Occupation-wise, Sat-chan and Aki-chan are “barmaids”, and their occupation plays an important role in this novel. The Villon`s wife presents a positive image of the “barmaid” even though, at that period in Japan, the prostitution business was highly competitive and the “barmaid” was sometimes insulted by society. However, this was one of the occupations that young women dreamed of and it was regarded as a kind of the “Modern Girls’” career. It can be said that the author, having these characters becoming “barmaids,” wanted to portray the modern women under the patriarchal society, the independent women who had to struggle for survival in the dark and hopeless society after the end of World WarⅡ. The image is quite different from that of Thailand’s “teahouse girl”, who was definitely categorized as a prostitute, who had no influence whatsoever upon society, and who endured more contempt than the “barmaid”.

Terazawa, Y. (2014). The Fluctuation of Sex Industry in 1930's Japan: The Significance of Employing and Labor System in Cafee. Memoirs of the Research Institute of the Cultural Sciences of Ritsumeikan University. 103,131-139. (In Japanese)

The association for women`s history. (2019). Japanese History of Female Labor: From Ancient to Modern. Tokyo: Bensei Publishing. (In Japanese) 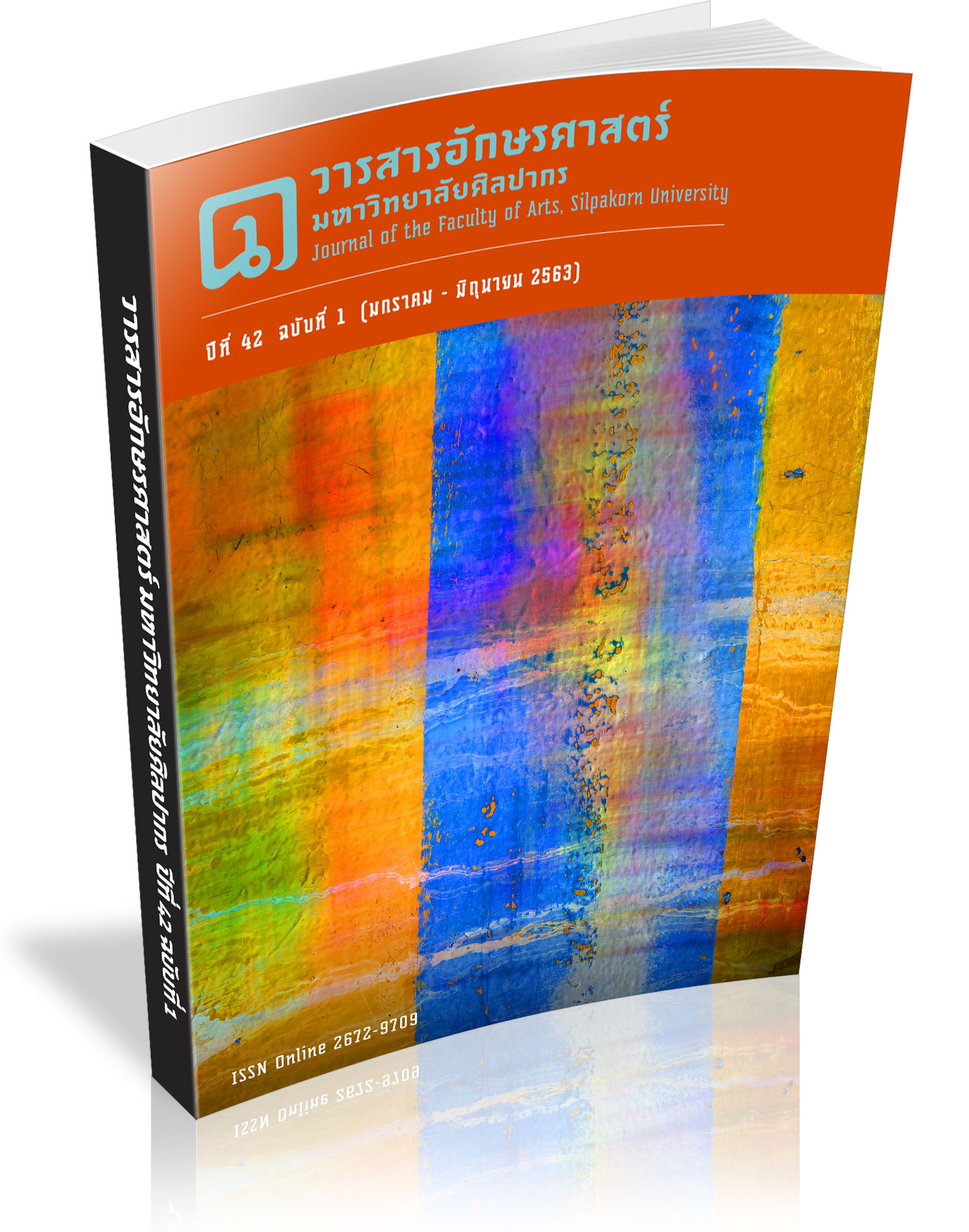 Wiriyaenawat, P. (2020). The Image of the Barmaid in The Villon`s Wife by Dazai Osamu and Its Comparison with That of a Thai Teahouse Girl. Journal of the Faculty of Arts, Silpakorn University, 42(1), 163–179. Retrieved from https://so04.tci-thaijo.org/index.php/jasu/article/view/243033
Download Citation