The Relationship between Linguistic Devices and Ideologies in the Discourse of ‘Sexual Diversity’: A Case Study of the News Coverage of ‘Teng Neung is gay.

This research aims to find linguistic devices which expressed some ideologies in the discourse of ‘sexual diversity’ in news coverage of “Teng Neung is gay”. The data were collected from newspapers and online-news articles in October 2018 and March 2019, based on a critical discourse analysis and the concept of ‘sexual diversity’ from queer theory as a framework. The analysis revealed that four major linguistic devices, namely (1) lexical selection, (2) modality, (3) presupposition manipulation, and (4) presupposition denial, were used to express embedded ideologies of ‘gender binary’ and ‘gay’. It was found from the analysis of discourse practice that discourse producers, including journalists and a member of the ex-boy band, presented social-trending news and spread these texts through mass media. Some consumers believe that news coverage is about presenting “facts” as one of instrumentalities used and the genre. Consequently, some of them may not be aware that some insidious ideologies exist in the discourse. Based on the analysis of socio-cultural practice, it was found that the ideologies expressed through linguistic devices are those of ‘gender binary’ and ‘gay’. The socio-cultural practice of the discourse of “sexual diversity” still passes the definition and understanding of sexual diversity down to the next generation through the use of linguistic devices in order to report news, reflecting the norms of the gender binary idea that is affected by sexology, capitalism and a patriarchal society.

Butsabokkeaw, T. (2010). Linguistic devices and the presentation of self-identity by the “online gays”. M.A. Thesis, Department of Thai, Faculty of Arts, Chulalongkorn University. (In Thai)

Panichtrakul, K. (2013). The relationship between language and ideology of male homosexuality in thai daily newspapers in 2012: a critical discourse analysis. M.A. Thesis, Department of Thai, Faculty of Arts, Chulalongkorn University. (In Thai)

UNDP. (2019). Tolerance but not Inclusion: A national survey on experiences of discrimination and social attitudes towards LGBT people in Thailand. Bangkok: UNDP. 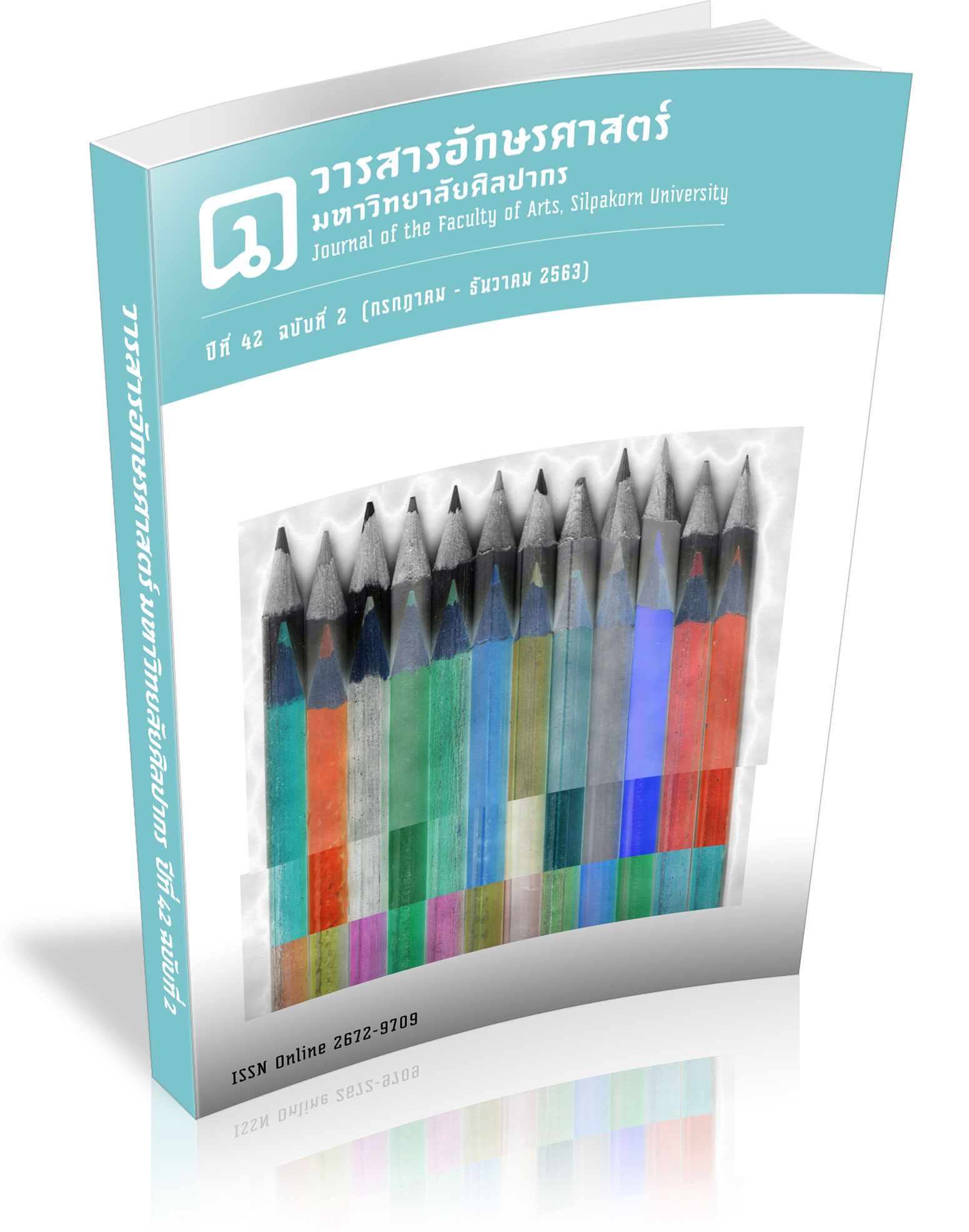 Supacharn, P. (2020). The Relationship between Linguistic Devices and Ideologies in the Discourse of ‘Sexual Diversity’: A Case Study of the News Coverage of ‘Teng Neung is gay. Journal of the Faculty of Arts, Silpakorn University, 42(2), 164–190. Retrieved from https://so04.tci-thaijo.org/index.php/jasu/article/view/247948
Download Citation