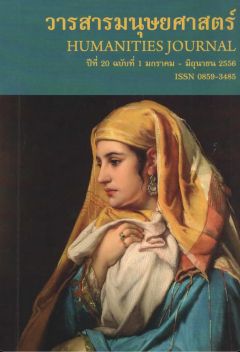 The objective of this research is to investigate the linguistic features, focusing on lexical and syntactic features used in condominium advertisements from web pages based on the adapted frameworks suggested by Leech (1966), Blake and Bly (1998), McCrimmon (1984), and Janoschka (2004). Data were collected from web pages selected from official websites of housing developers or companies, active in June - July 2011. Only the texts in the main body of web page presented on each website were taken for the analysis. The major results of the study were as follows: lexical features used frequently in condominium advertisements from web pages were favourite vocabulary, followed by nominal group and present tense respectively. Regarding syntactic features, the most
frequently used syntactic features were imperative sentence, interrogative sentence: yes/no interrogative, and interrogative sentence: open
interrogative.