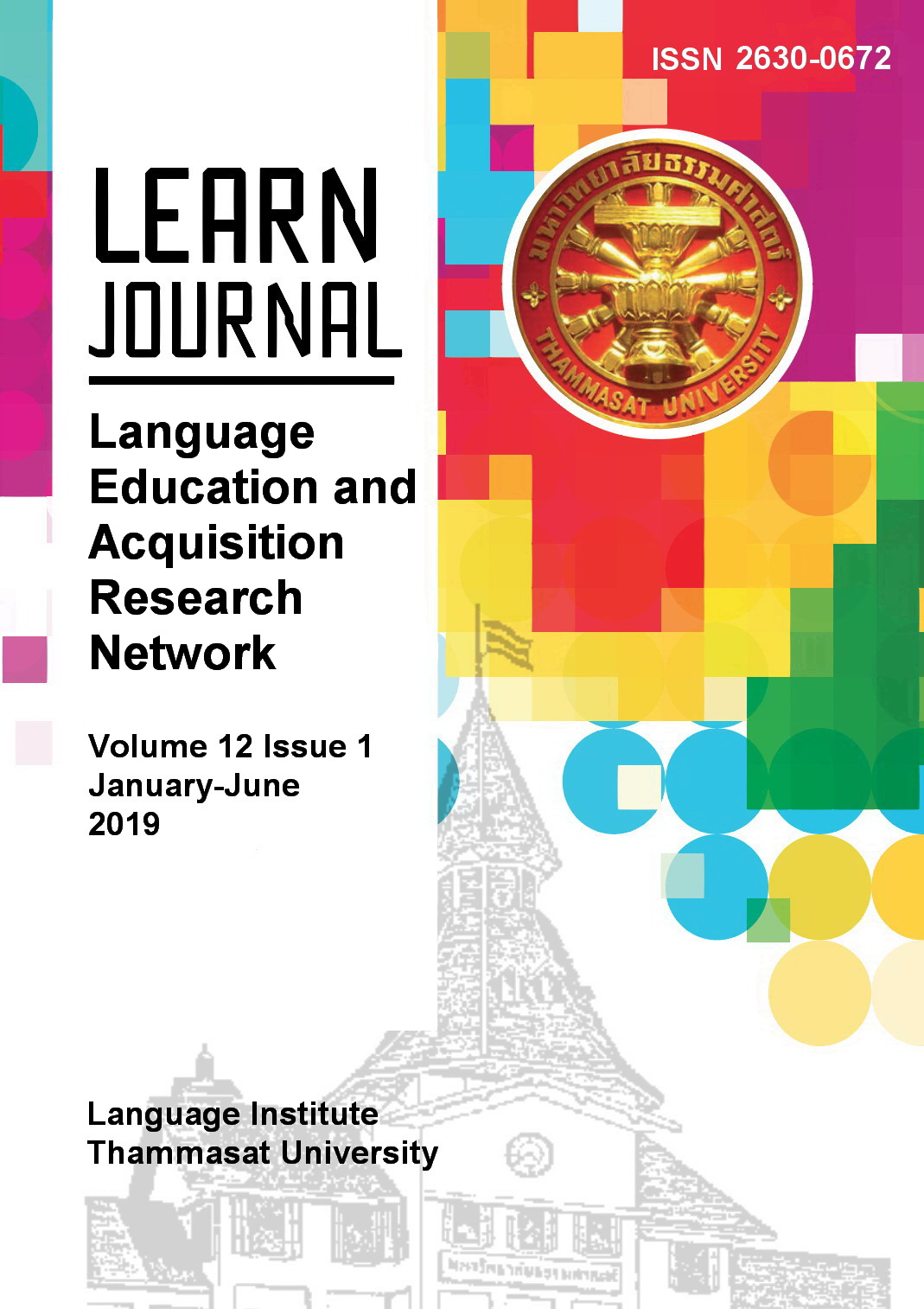 Focusing on noun phrase complexity in writing, this study adopted Biber, Gray and Poonpon’s (2011) hypothesized developmental stages to investigate the academic writing of Thai and native English university students by comparing their argumentative English essays as concerns their usage of noun modification. Prenominal modifiers and postnominal modifiers were identified and coded manually. It was found that both groups of writers heavily relied on attributive adjectives, nouns as premodifiers and prepositional phrases as postmodifiers, and there were no significant differences in the use of prenominal modifiers between both groups of students for the most part. The most significant differences between both datasets were in the use of prepositional phrases with abstract meanings and multiple prepositional phrases as postmodifiers. These are hypothesized to be acquired at later developmental stages and were more frequently used by native English university students than Thai university students. The findings of this study may contribute to greater insights into the nature of noun phrase complexity used by Thai undergraduates. Pedagogical implications based on the findings are also provided.