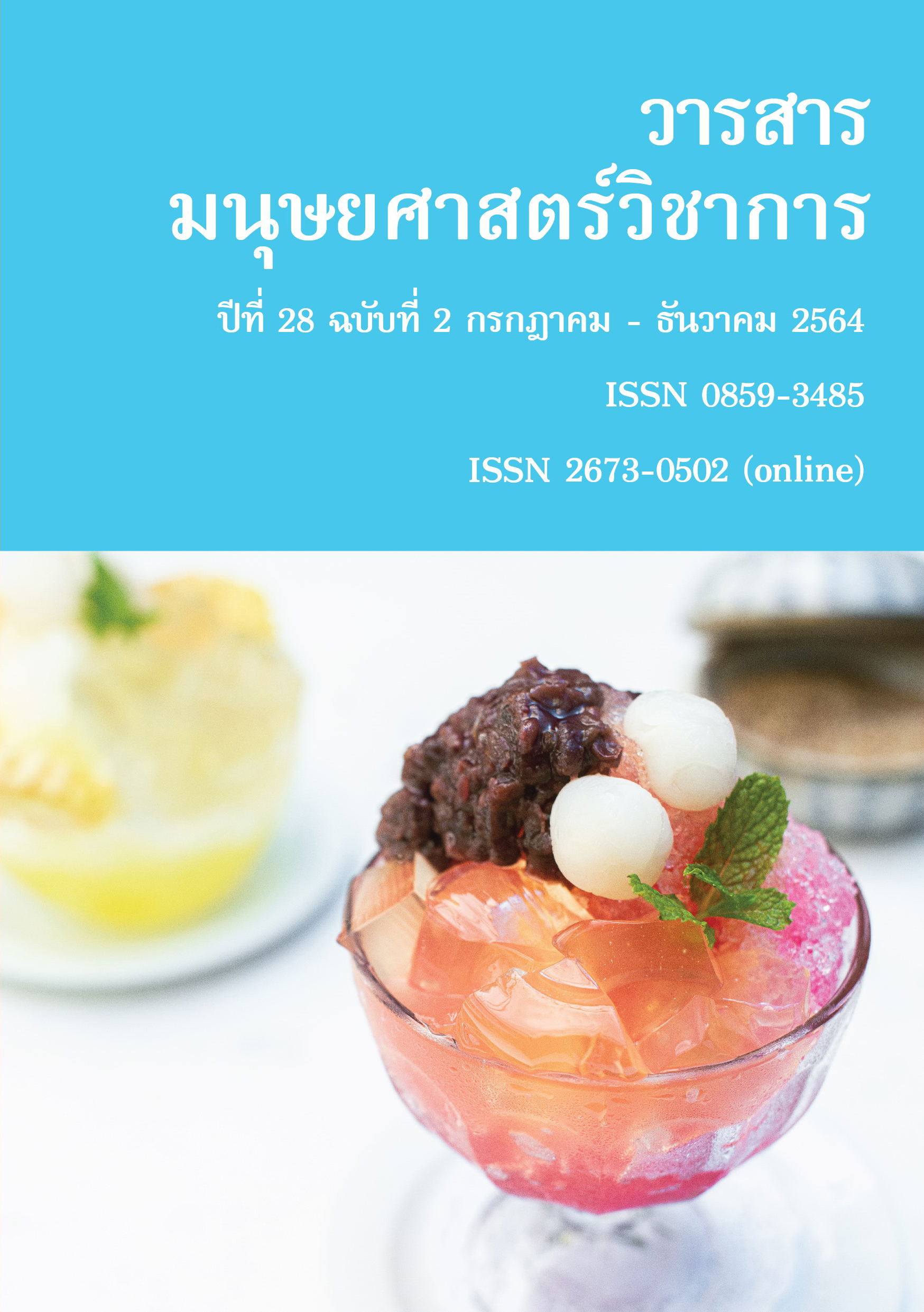 The purpose of this article was to study changes in the sacrificial rite of Chao Pho Mokkhala of Pga K’nyau at Ban Huai Plakong, Khanechue sub-district, Mae Ramat district, Tak province through in-depth interviews and observation with and without participation.

The study revealed that in the past there were 2 groups of people who practiced in the sacrificial rite of Chao Pho Mokkhala 1) Pga K’nyau, a minority group at Ban Huai Plakong and 2) Thai merchants who were granted community forest concession.

Due to the disappearance of heir of Por Kho (leader of the ritual) together with the influence of Christianity and social changes, all of these have resulted in the loss of those 3 forms of worship. In 2012, the worship was reviving through simple procedures and that the worship leader (Por Kho) like in the past was not any more included. The changes in the worship materials and worship timing previously from the time period of May to 13-17 April (Songkran Festival) was re-established.

At the present time, all of the villagers are allowed to participate in the worship and that it is not specific for any group of people in the village any more. In addition, the worship is open publicly for the outsiders as well as tourists who wish to pay respect to Chao Pho Mokkhala as Sacrificial Rite of Chao Pho Mokkhala is aligned with the government policy on promoting tourism of Tak province. Most importantly, it is to help carry on beliefs and the worshiping ceremony of Chao Pho Mokkhala for the future generation in the changing context.