According to the IMO (International Maritime Organization) MDA (Maritime Domain Awareness) is defined as “Effective understanding of anything associated with the maritime domain that could impact the security, safety, economy, or environment”. As per the geography, more than half of the countries in the world map are littoral states. Hence, Maritime Domain Awareness is a great concern of many states, as described by Bateman in his writing “Solving the “Wicked Problems” of Maritime Security”. However, incidents that are reported in maritime environments are evidence that the security and safety of the maritime environment are causing serious influence on the national security of states. Hence, maritime security has become a great concern of littoral and non-littoral nations, and action has been taken to have effective maritime domain awareness.

Even though the maritime environment is far from human occupation, each and every bit of ocean environment is monitoring by many agencies for their own interests. This was proven in the incident of Malaysian airliner MH370, showing the intensity of monitoring of the maritime environment and the international air space. However, in contradiction, exploitation of the sea for illegal activities are also increasing day by day, and drug trafficking, human smuggling, and human trafficking are some of the top listed criminal activities taking place in the maritime environment. Even though the capability is such to monitor the ocean mass effectively, sea routes have become the main supply routes of drugs and narcotics. The real cause for this situation is poor coordination among national and international organizations for information sharing on maritime picture. In the absence of such mechanisms, monitoring stations operate independently to obtain what they are interested in and, as a result, none of them obtain a complete picture of the domain. Using this background, this paper discusses an effective mechanism to integrate monitoring mechanisms for a complete maritime picture. 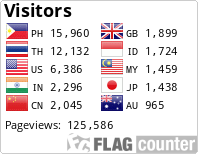