The Competency of Thai Officials

The objectives of the research were: 1) to examine the competency of Thai officials and 2) to compare about  the competency of Thai officials. Two approaches to  collecting relevant data were studied. The first approach encompassed documentary research. The second approach required  field  research in  the  course of which  the  key  informants  were  in-depth interviewed  and  observed.

The finding indicated that the effectiveness of public employees was essentially dependent upon, a few key factors. These factors relate to certain behaviors and skills practiced by governmental workers. The success of these factors, while not scientifically based, was grounded in personal experience and observations. Those people who work in government and exhibit these behaviors and skills appear to do better at their jobs than those who did not, In other words, public employees who behave and apply work skills in a specific manner, achieve their work objectives with greater regularity and competency, namely, “success”. There were ten key factors to being highly effective in public work. There were listening, thinking, learning, preparing, practicing, writing, checking, being civil, being honest, and being responsible. 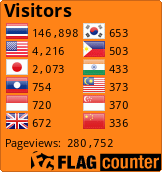