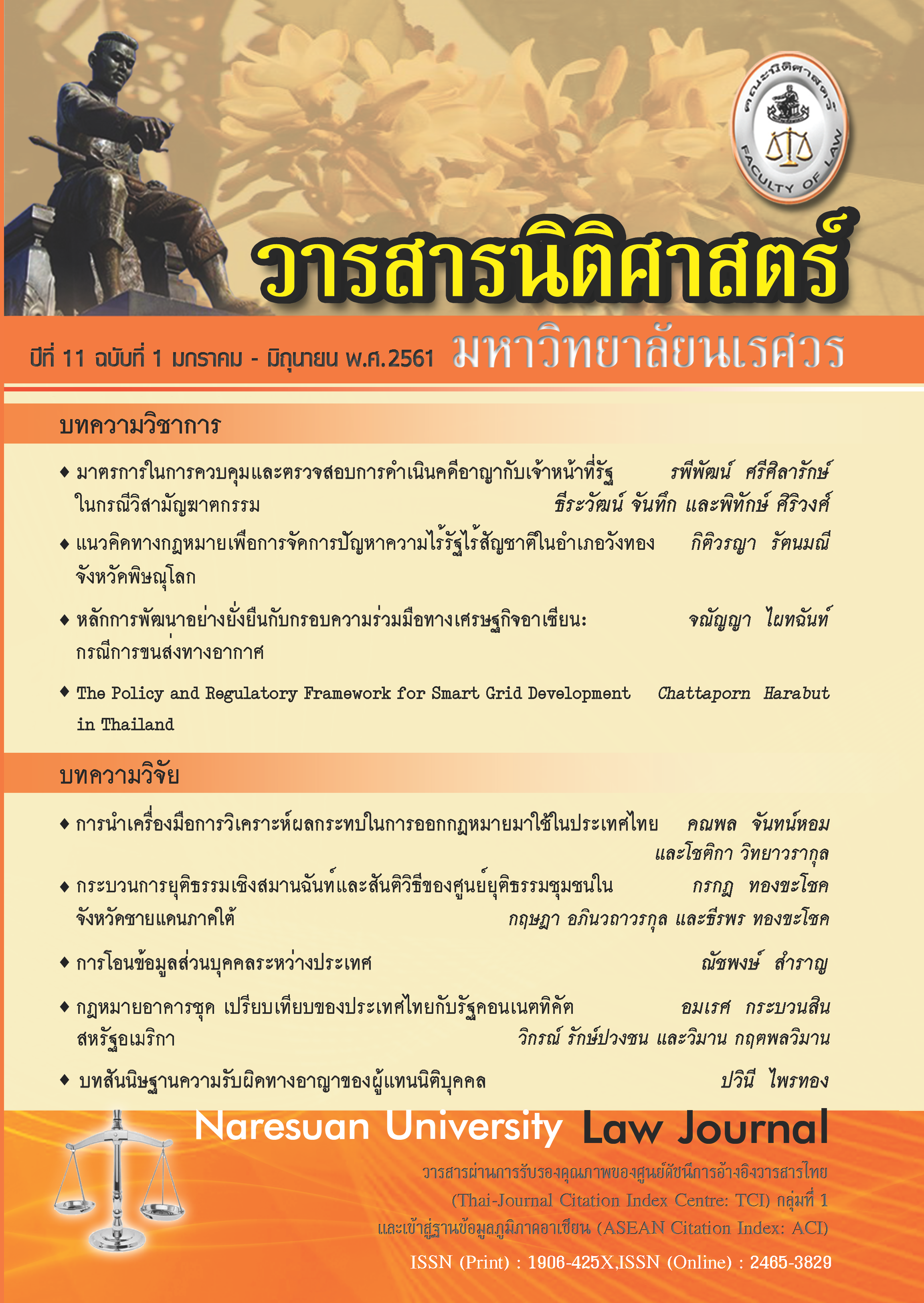 According to the research, it is found that the regulations under the Thai Condominium Act B.E. 2522 are incomplete and inefficiency. This is because some part of the legislation might be ambiguous, inappropriate and not in line with current Thailand’s society and economy, which may lead to some problematic issues in various aspects, both issues of laws and practice, such as the restriction of condominium type; right to sue and be sued in any court and liability of unit owner; certificate of debt-free and liability of common expenses if foreclosure sale not fully satisfied. Therefore, it could be seen that the Thai Condominium Act B.E. 2522 might not sufficient to protect concerning parties in the condominium. Also, there is a lack of legislations about control and promotion of condominium business. Such problematic issues may result in damaging regime of condominium laws, public order, trust and stability in living in the condominium. That would also affect the regime of country’s economy. Thus, this research would present the measures under Condominium Act 1971 (Chapter 825) of the state of Connecticut as a comparative law for analysis to further improve problematic issues regarding the condominium laws in Thailand.