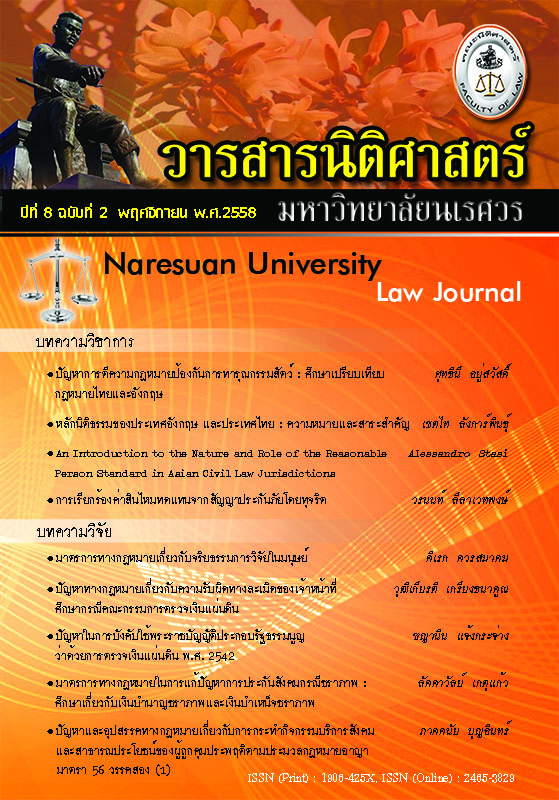 This research study focuses on legal problems with the enforcement of the Acts attached to the Constitution on the National Audit, B.E. 2542 (1999). It is found that section 44 and 46 of the law cannot be enforced in the government sector. The study shows that, firstly, according to section 44, when the Auditor General Committee informs a government department that a disciplinary offence or a tort has been found, the department appoints its own panel to investigate the matter again, which means that, if the investigation result is not consistent with the findings provided by the Office of Auditor General, the Office of Auditor General has no authority to use its findings as a ground for prosecution. It is proposed that the government sector should use the audit result by the Office of Auditor General as a guideline for prosecution without having to appoint its own investigation panel. Secondly, under section 46, when the Auditor General Committee has found that there is a criminal offence, the committee must report to a police investigator to press charges. However, if it appears that the offence involves government duties and officials, the investigator has to pass the case on to the National Anti-Corruption Commission, which causes double handling and delay in the prosecution process. Thirdly, the Office of Auditor General does not allow a lawyer or a trusted person to participate in a verbal interrogation with an audit officer, which violates basic human rights. It is recommended that a lawyer or a trusted person should be allowed to be present during the interrogation