CROSS-SECTIONAL STUDY OF TEAM BEHAVIOR AND TEAM SUCCESS: THE SIMULATED CASE STUDY OF AN SME

This paper examined a Cross-sectional Study of Team Behavior and Team Success. The sample size was 37, comprising 26 males and 11 females. The Myers Briggs Psychological Type Indicator (MBTI) was used as a tool to classify psychological personality type. The Belbin Team Role theory was used to design an optimum team. The remaining participants were randomly grouped into 3 teams. Team behavior and performance were studied and evaluated among the 4 teams. Each group was assigned to work as a team to resolve the assigned problems under certain constraints. Team performance criteria were: effectiveness, creativity and efficiency. Team behavior and performance were jointly evaluated by a general manager and a consultant.

The results of the study were well explainable and congruent with the Myers Briggs Psychological Type theory and the Belbin Team Role theory. This research suggested that the integration of both theories could be the management tool of choice to establish the right team at the right time and place in order to sustain organizational growth and strength. 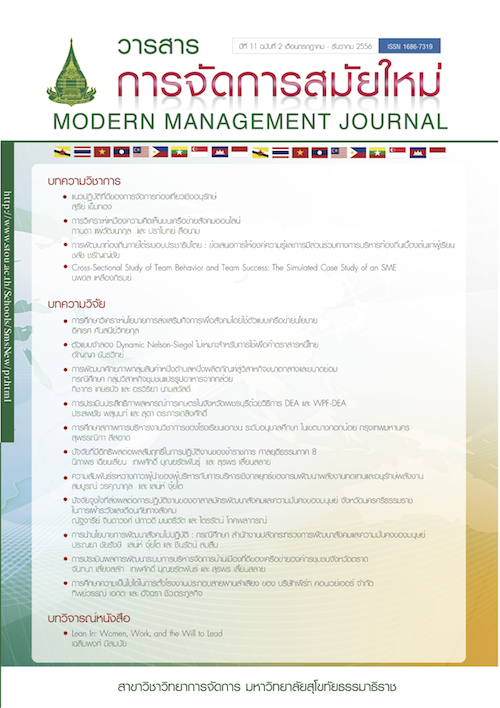