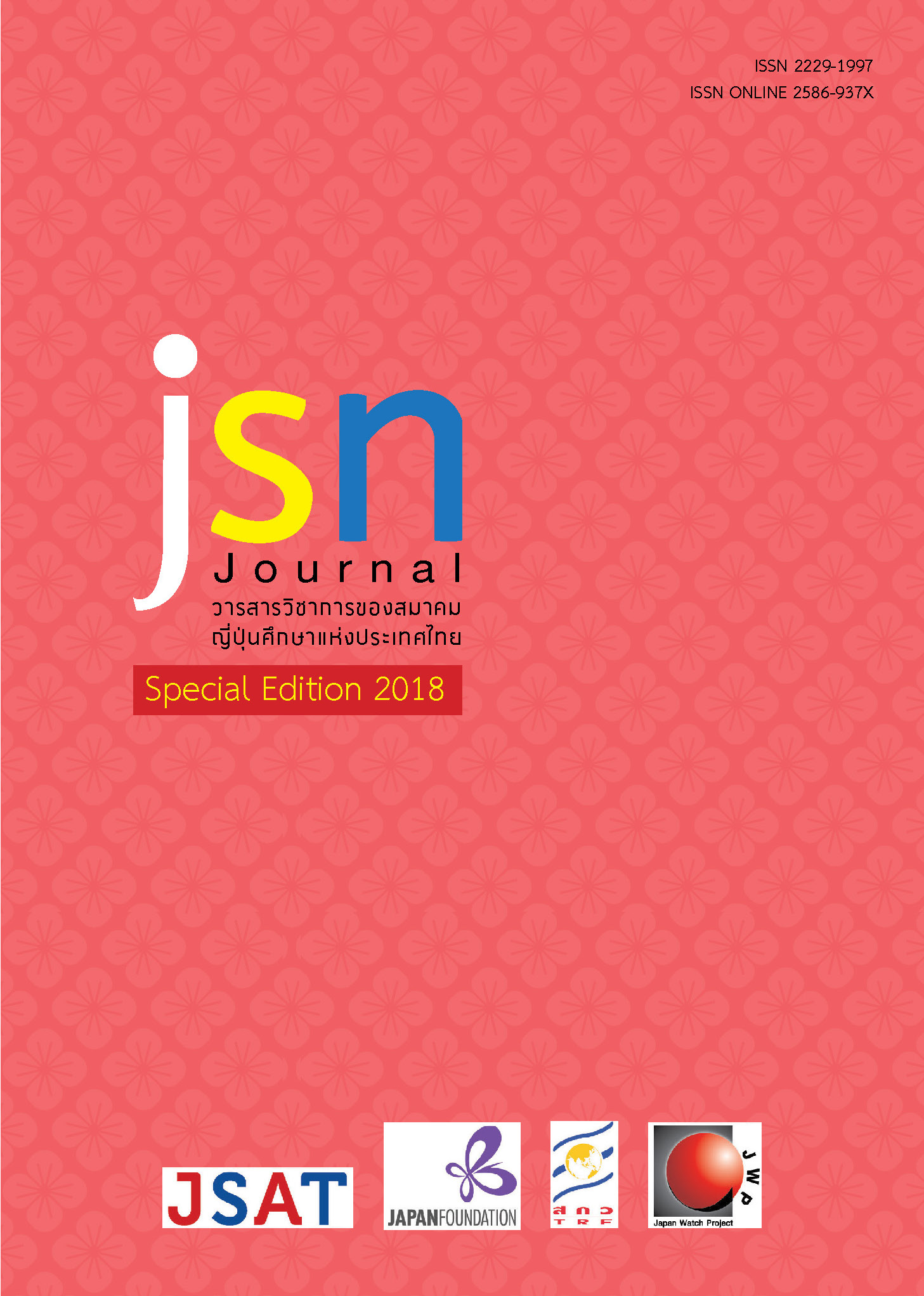 This research aims to study the image of the Bonzes and Japanese Buddhist Beliefs in Uji Shūi Monogatari.Regarding to the study in Uji Shūi Monogatari, the findings showed They owned various characters which not only represent the positive images but also the negative images representing their beliefs. For examples, positive images show what should be strictly followed according to their deep faith in the Buddhism’s doctrines. The negative images, on the other hand, show forbidden principles they had applied against the Buddhism’s doctrines. In addition, there are also other images which are difficult to interpret due to their ambiguity. Moreover, according to the religious beliefs in Buddhism in the story of Uji Shūi Monogatari claimed that most of the beliefs involved are with a ritual ceremony in Mahayana Practices, which have been used up from Heian period until the early Kamakura period. In this era, it was believed that the story of Uji Shūi Monogatari had been written and documented. Having the beliefs in term of culture
such as pray for rain or for treating illnesses by have shown the purpose of Buddhism practices to attain the achievement for present life and the next life. The practices have apparently demonstrated the profitable lifestyle rather than traditional beliefs in Buddhism as its actual substance in the aspect of “Karma”. The conservative of religious beliefs are like ‘to go around, come around’, ‘to act virtue and omit wickedness’ and
‘to be ashamed from doing bad things and afraid of the bad karma’. The most Buddhism beliefs found in the telling story were in Tendai Practice, Shingon Practice and Jōdo Practice which involve the positive image of the monks in these practices. Furthermore, there were the beliefs in Jōdo Shin practice, Hossō Practice, Kusha Practice and also the fusion of the traditional beliefs in Buddhism between Shugendō Practice and Onmyōdō Practice.