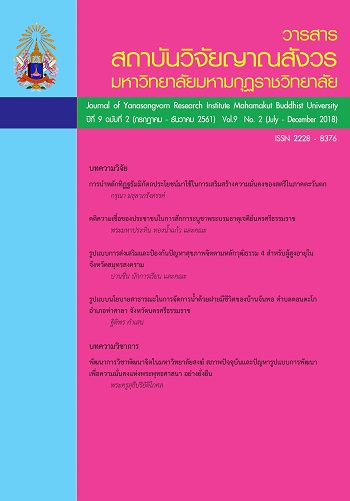 The objectives of the research in “People’s Thought and Belief on Worshiping Buddha's Relics in Nakhon Si Thammarat” were 1) to study the form and the development in worshipping Phra Borammathat Chedi Nakhon Si Thammarat and 2) to study the beliefs in worshipping Phra Borammathat Chedi Nakhon Si Thammarat using worshipping tributes. Data were collected from documents and held in depth interviews. Data analysis was to identify the distinct and interrelated and checked for accuracy. Then the results were presented with method of descriptive analysis. Therefore, the conclusion was based on the fact most.